Just 40 years ago, the Spanish Imperial Eagle was on the brink of extinction, with only 30 pairs left. Endemic to the Iberian Peninsula and considered by many to be Spain’s national bird, it had become one of the seven most endangered birds of prey in the world.

Like other Iberian predators, its fate is bound to that of the European rabbit, whose disease-decimated populations left a dearth of prey for the birds. Breeding rates were pitiful as chicks starved and for those that did fledge, collision with powerlines was a major killer.

As if the situation wasn’t desperate enough, hungry raptors feeding on carrion were succumbing to illegally poisoned bait put out to deter foxes and other livestock predators.

Now, however, thanks to intensive threat management, awareness raising, and reintroduction, bird conservation groups are turning around the eagles’ decline. Today, populations number over 300 pairs, and that famous regal silhouette commands the air from the crags of Extremadura, in western Spain, to the treetops of Coto Doñana, in the south. The bird has become a major draw for visitors.

An Egyptian Vulture in Spain. Photo by ESCOCIA/Shutterstock

The return of an eye-catching scavenger

The eagle is not the only Spanish conservation success story. These practical, solution-based approaches to bird conservation have paid dividends for the Egyptian Vulture.

With its starkly contrasting wing pattern and yolk-colored face, it must surely be one of the world’s most eye-catching scavengers. It is both sensitive and intelligent, using pebbles to break eggs and sticks to wind wool, and staying faithful to partners and nest sites over long periods.

Every autumn, around 3,300 Egyptian Vultures migrate across the Strait of Gibraltar, where Africa is just nine miles away over the sea. This spectacular gathering represents almost the entire western European population – the future of the species.

But before they face the Strait, they must first navigate the whirring turbine blades of the area’s wind energy industry. In their early years these wind farms — located at the biggest raptor migration bottleneck in western Europe — were among the deadliest in the world.

Thankfully, since 2003 trained ornithological spotters work on the wind farms. When a soaring bird is near, they stop the turbines using an app that turns them off individually and within seconds. 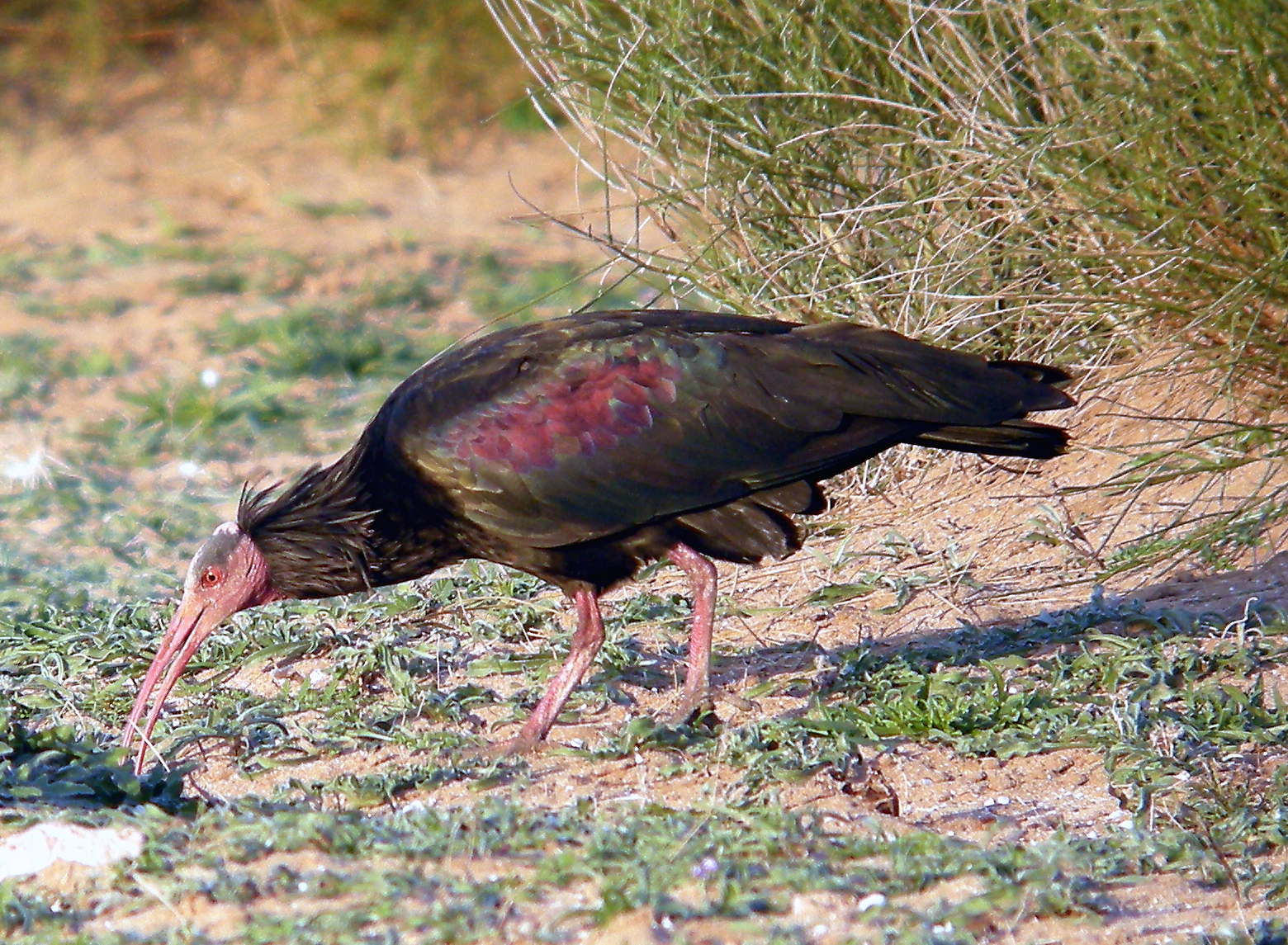 This windy wilderness area also offers hope for another once common species. The global population of the Northern Bald Ibis had dwindled to just 59 pairs in 1996. It was one of the world’s most endangered birds. Proyecto Eremita began in 2004 around the Cape of Trafalgar. Since the first successful breeding attempt in 2008, the ibis colony has now grown to around 80 birds.

The fight for biodiversity protection is a difficult and complicated one, but nature is winning many small battles in Spain. Well over a quarter of the country is part of a protected area system, making Spain the European country that contributes most to the Natura 2000 network.

When Spanish Prime Minister Pedro Sanchez announced his plans to re-open the country for post-pandemic tourism, there was a strong emphasis not just on health security but on sustainability. Spain is aiming high. As Sanchez puts it, he wants travelers to see the country as “the safest and most environmentally sustainable tourist destination in the world.”

Read more about Spanish bird conservation and the wildlife tourism that provides the financial incentive to aid conservation efforts, on Blue Sky Wildlife.

Thanks to Blue Sky Wildlife for providing this news.

Sign up for our free e-newsletter to receive news, photos of birds, attracting and ID tips, and more delivered to your inbox.

The most effective ice fishing sledge