The Nazca cat, one other good thriller from the depths of historical past

The Nazca Lines have intrigued us since they were discovered in 1927, and the hundreds of geoglyphs carved into the coastal desert of Peru are still mysterious.

The geometric line, animal, and plant glyphs stretch across the land about 250 miles south of Lima and include a hummingbird, a spider, and what many call an astronaut. The 275 square meter site, which sparked theories and inspiring debates, was built by the Nazca between 500 BC. Created in 500 BC and AD 500.

As a UNESCO World Heritage Site, conservation work is currently underway at the Nazca site, which continues to provide discoveries about the past that amaze us. Another event was recently unveiled to the world, marking another major event for 2020.

And cat lovers are thrilled with this discovery!

Courtesy of the Peruvian Ministry of Culture, Communication and Image

Like the cats we know and love today, the Nazca cat hid behind brushes and stones, trying not to be seen. Before the cat glyph could go away forever, however, it was discovered in the process of work that a slope is more accessible for displaying many glyphs.

"The figure was barely visible and wanted to disappear because it is on a fairly steep slope that is exposed to the effects of natural erosion," said the Peruvian Ministry of Culture. Once found, "the geoglyph has been cleaned and preserved and shows a cat figure in profile with its head pointing forward."

With a length of 37 meters and a length of about a foot, this cat spreads out over the slope and, like cats of this modern era, occupies the entire space. This proves that cats have had their place for centuries. And the Nazca cat has had its slope longer than some of the better-known images dating from around 100 to 200 BC Chr. Dating. Experts adapt this style of cat pictures to the "iconography of ceramics and textiles of the Paracas society". 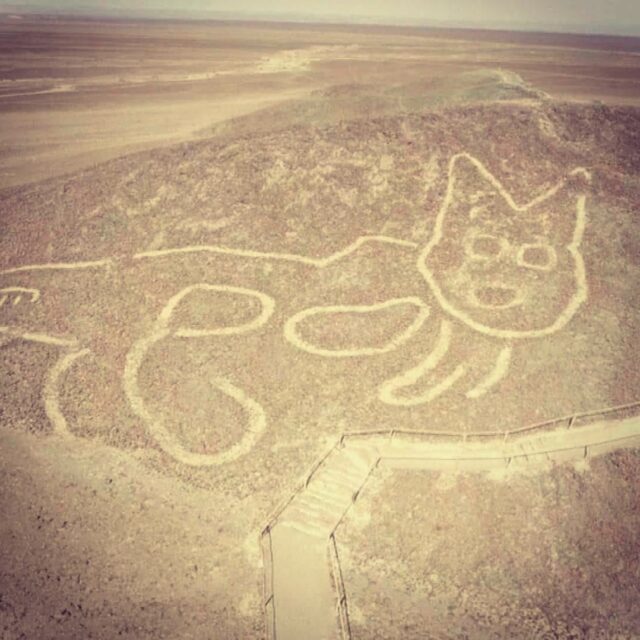 Like the other lines and geoglyphs, this newly discovered cat, as well as other images recently found by drones, “form a cultural landscape with deep meaning and symbolism as they express the magical and religious world of the pre-Hispanic Paracas and Nasca societies. "

While the purpose behind the glyphs and lines is still a mystery, with theories ranging from religious to astrological, they certainly show us the rich and complex art of past human cultures. It is impressive to see that these creations stood the test of time to remind us how far back our history and the history of the cat go. 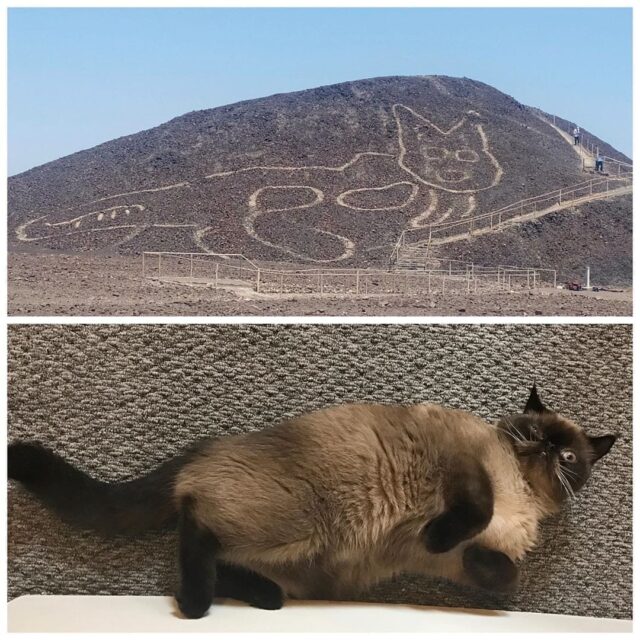 Evaluation of the "meal" and animal by-products in pet meals