Both parents of the blue phantom are very beautiful and striking in their own right and we have been wondering how will the blue phantom turn out to look as it gets older, will it look like the elusive maze angelfish that we predict it will be?

Let’s take a look at how the fish turn out to look right now at its one year old mark! 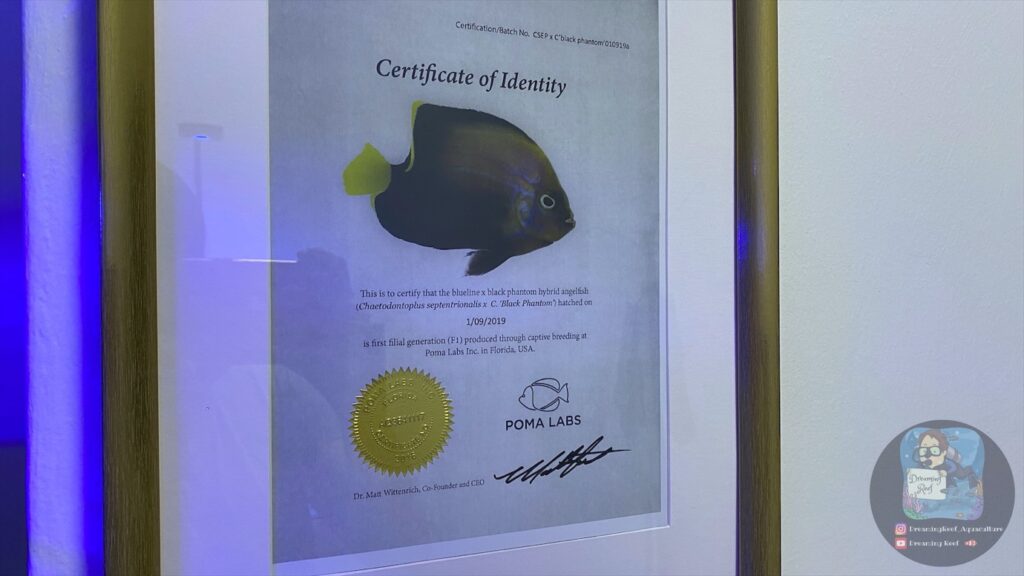 The angelfish is currently the only living specimen in Singapore, F1 generation of the blue phantom that was born on the 1st Sep 2019, it is being house in a fish only tank with many other beautiful fishes like the Gem Tang, a pair of Watanabei Angelfish, Yellow Belly Regal Angelfish, Golden Angelfish and many more. 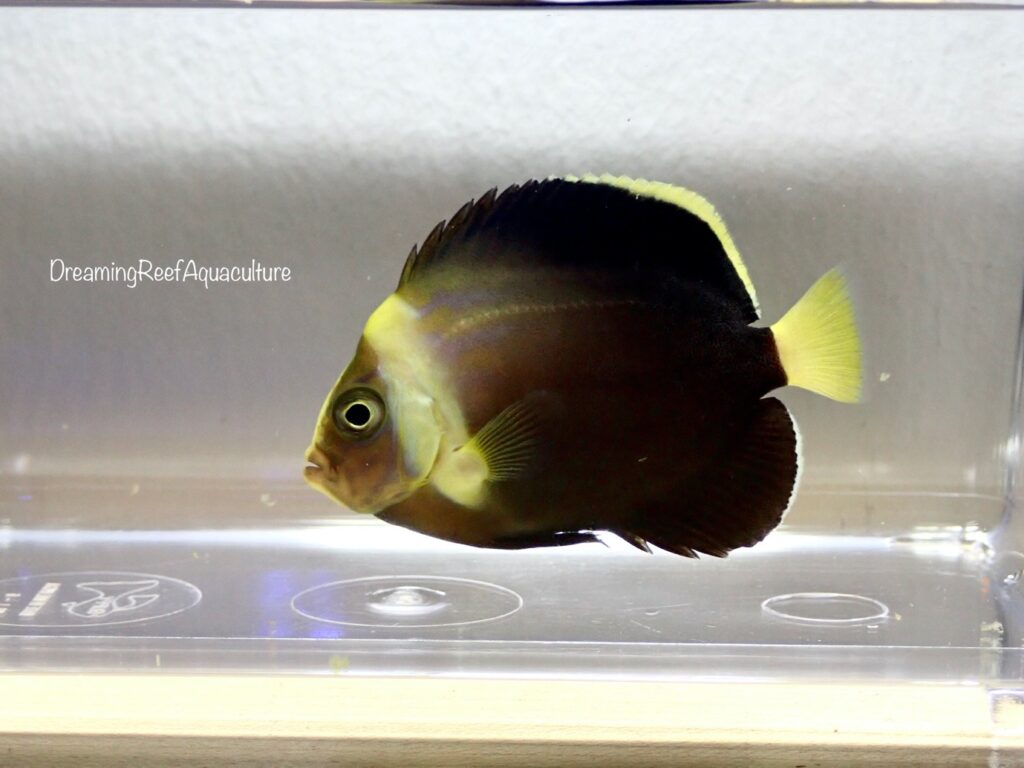 The juvenile stage of this fish looks really similar to its both parent with the striking yellow bar right down its operculum and pectoral fins, slight fainted blue markings over its face and body makes the blue phantom a very unique hybrid since birth.

Many predict the blue phantom might turn out to look like the rare and elusive maze angelfish, a year later this is how the pattern of the blue phantom looks like. It completely loses the juv yellow bar and the entire face is completely yellow which follows the black phantom yellow face and blue scribble markings but also the blue lines followed through the entire body which follows the blue line angelfish. 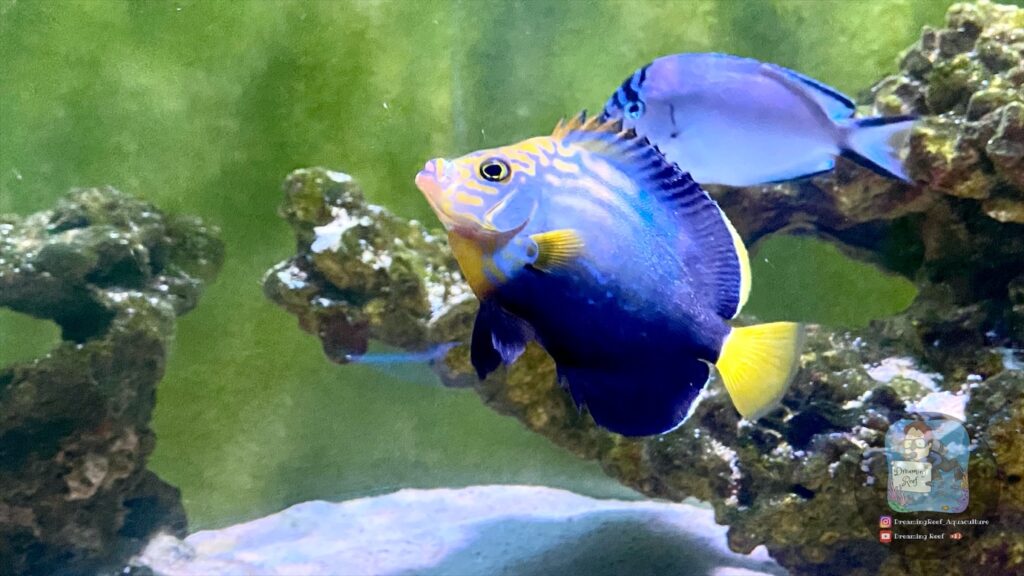 As the fish is only going to be a year old now, we still cannot tell how the adults will look, only time will reveal to us whether the blue phantom will look really similar to the Maze Angelfish or will it stand out on its own as a separate new pattern. 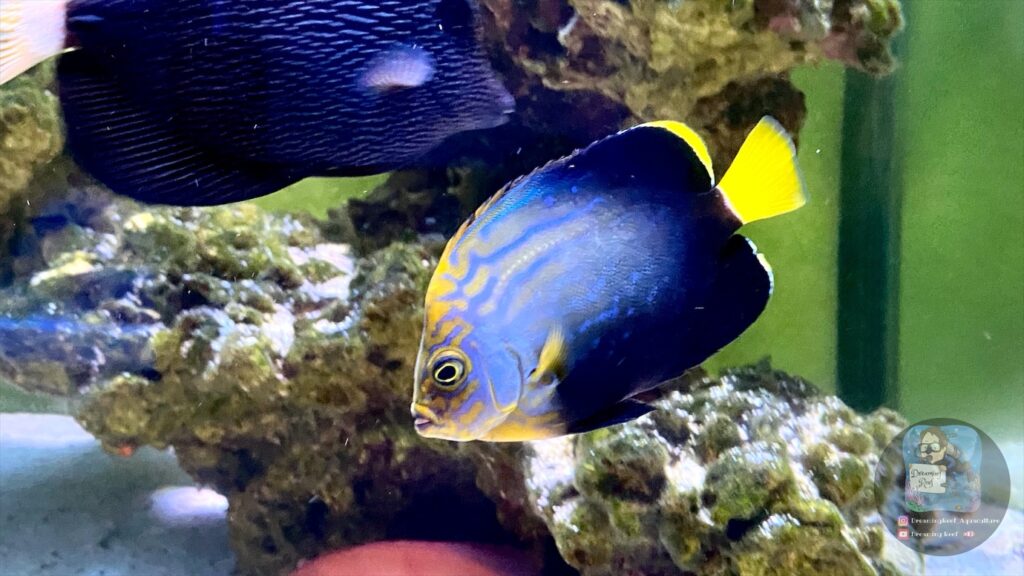 As it gets older, the lines on its body are much more prominent and we can see the broken random lines in between the body however being a hybrid. Each individual blue phantom may look slightly different from each other, we don’t know about that, probably if we can get a couple of blue phantoms out for comparison to see the pattern growth of each individual specimen.

Let give this beautiful angelfish another year to see how much changes will take place and compare again between the few Chaetodontoplus species for a better comparison.

Author Ken Kwan is an aquarists at the S.E.A aquarium Singapore

3 examples of fish restoration in the US