Conservation groups have more than doubled the size of a nature reserve in Colombia that is an important wintering area for the Prothonotary Warbler.

Colombia is the second-most biodiverse country in the world and the Middle Magdalena Valley is one of its most diverse regions. Not only is it critical habitat for migrating birds, but it is also home for six primate, 345 bird, 42 amphibian, and 723 vascular plant species. 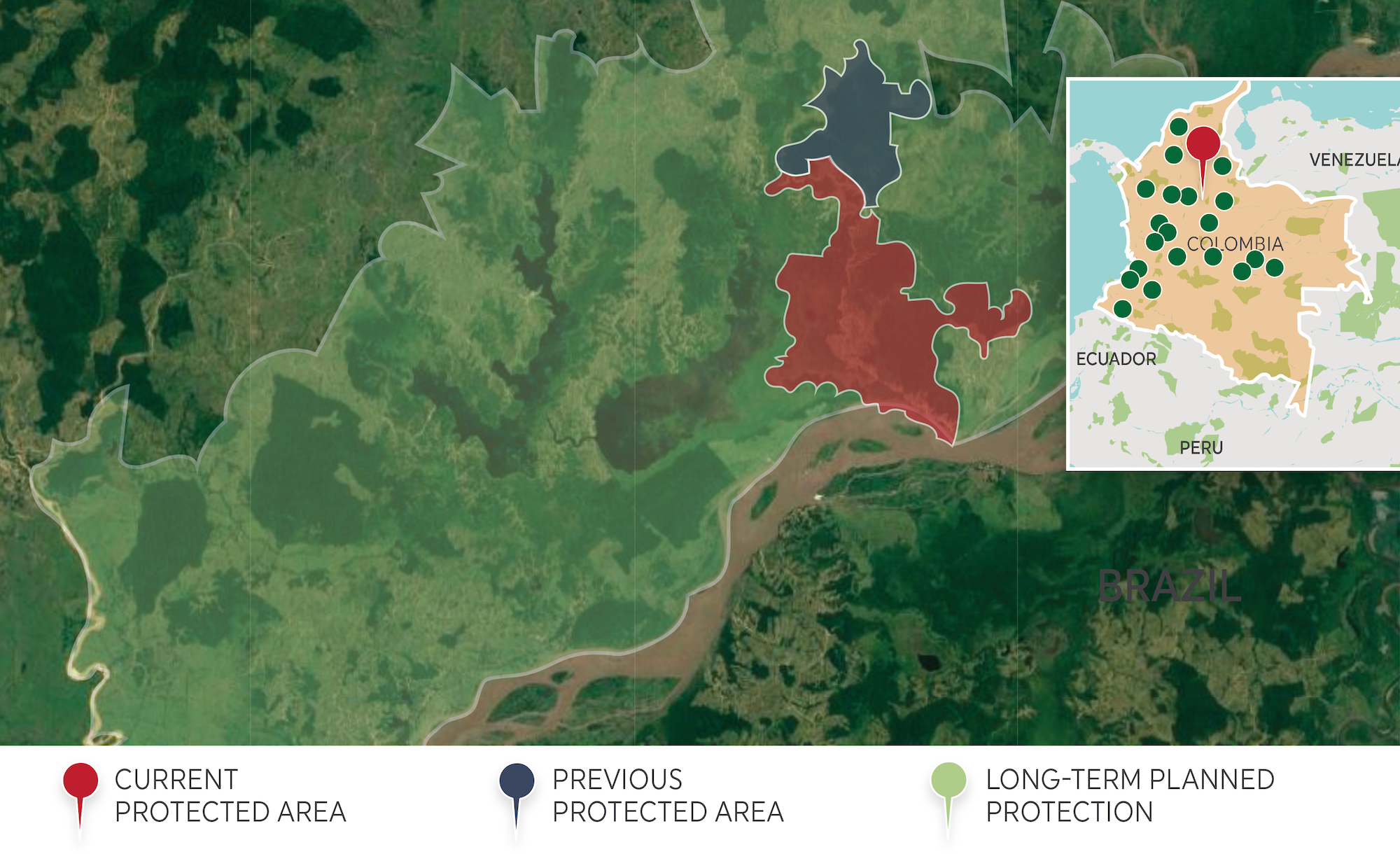 The expanded reserve will allow protecting and connecting the two main forest patches in the area through wildlife corridors, which will result in the creation of the largest connected forest extension in the lowlands of the valley. This habitat is of great importance to the critically endangered brown spider monkey (one of the rarest primates on Earth) and Blue-billed Curassow, as well as three other threatened and endemic monkey species, lowland tapirs, large cats including jaguar, more than 300 bird species, endangered hardwood trees, and other wildlife.

These same riparian forests at El Silencio are key wintering areas for Prothonotary Warblers, which nest in the eastern United States. In research published in The Condor: Ornithological Applications in 2019, Christopher Tonra at Ohio State University and colleagues studied geolocator tag data from Prothonotary Warblers and found that most birds recovered wintered in the area of the Magdalena River Valley.

In 2020, a Blue-billed Curassow was videotaped along a path bordering a forest restoration plot within El Silencio Reserve, raising hope that these birds now frequent recently restored habitat on former pasture lands.

“This is very exciting, not only because this proves the success of the restoration objective, but also because it is really close to the research station, which will allow us to study and observe the species more easily,” says Fernando Arbalaez, executive director of Fundación Biodiversa Colombia.

Thanks to Rainforest Trust for providing this news.

Sign up for our free e-newsletter to receive news, photos of birds, attracting and ID tips, and more delivered to your inbox.

Red List Update: How we brought the Red Kite to the UK

Update of the Red List: the plight of the condor

The long-lost black-browed babbler was rediscovered in Borneo